“The genesis of Special Olympics was a summer day camp that Sargent and Eunice Shriver started in the backyard of their Maryland home. In July 1968, the world witnessed the first International Special Olympics Games at Soldier Field in Chicago.” (Special Olympics Website)

When my son’s speed skating coach put our son in his first Special Olympics event he was just 8 years old.  She told me she saw that he was capable of learning how to race and in time he could become a great competitor.  What I heard was that he was good enough to compete with people with special needs and that he would race in an easier category of games.  Dealing with Adam’s diagnosis was the biggest blow to my husband and me as parents, hearing that he was good enough to compete in the Special Olympics was not as heavy a blow but it was confirmation that he was different and that there was a place for different.  I would be lying if I said it didn’t bother us a little. What I couldn’t see at the time was that having a place for different was very good thing. What I did learn, was that different, over time, could learn to perfect a skill and that natural talent could be turned into something fulfilling, something to be proud of and something remarkable that amazes us every time. Thankfully, in spite of ourselves and those initial unfounded feelings  we decided to take a shot at having him join the Special Olympic Program and compete in the games.

His first race day came and we suited him up, explained over and over again what was going to happen and what he had to do.  We told him that his grandparents and little brother and we were there to cheer him on and all he had to do was skate.  He started to fuss and cry and instantly my husband, being the caring and protective father that he has always been was ready to pull him out and take him home.

“He has to get ready sometime.  We have to at least try one race,”  I urged.  My husband shrugged and unwillingly joined his parents and our younger boy in the stands.

“Adam, are you scared?  Are you a little nervous?” I asked him.  He stopped fussing and looked at me with his glassy, big, brown eyes and gave me a slight nod.

“How about you wear your bike helmet instead of the racing helmet they gave you?  Would that feel better?”  Another slight nod.

I swapped the helmets and kissed him on the cheek.  “Now listen.  You are fine.  This is the ice you skate on every week. Just skate and keep going until someone tells you to stop, ok?”

He didn’t nod or say anything but I could tell he was more comfortable.  I remember that first race like it was yesterday and it still makes me smile.  It was the birth of the chants “Go Adam Go!”  “Keep going buddy!” and “Skate hard, skate fast Ad!”  Our little autistic boy skated right to the finish line and crossed in first place in his first race.  His coach ran up to us beaming and said “He did it! And he’s only 8!”  Race after race that day, Adam crossed the finish line in the top three and got the taste for competition and fun.  It was on that day that our family learned the meaning of the word special in Special Olympics and the warm feeling it created inside me and it was a feeling that has stayed with me for 9 years and will stay with me forever.

“Emanating from the mission, the ultimate goal of Special Olympics is to help persons with intellectual disabilities participate as productive and respected members of society at large, by offering them a fair opportunity to develop and demonstrate their skills and talents through sports training and competition, and by increasing the public’s awareness of their capabilities and needs.  The Founding Principles support this goal by emphasizing that people with intellectual disabilities can enjoy, learn and benefit from participation in individual and team sports, underpinned by consistent training and by competition opportunities for all levels of ability.    According to the Principles, Special Olympics must transcend all boundaries of race, gender, religion, national origin, geography, and political philosophy.  They also state that every person with an intellectual disability should have the opportunity to participate and be challenged to achieve their full potential, with the focus at community level to reach the greatest number of athletes, strengthen their families and create an environment of equality, respect and acceptance.” (Special Olympics Website) 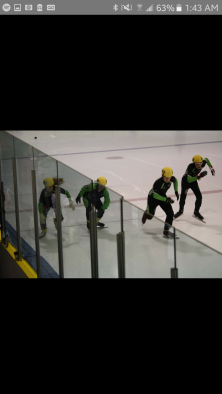 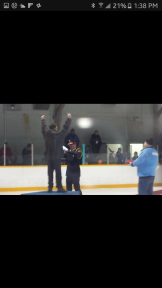 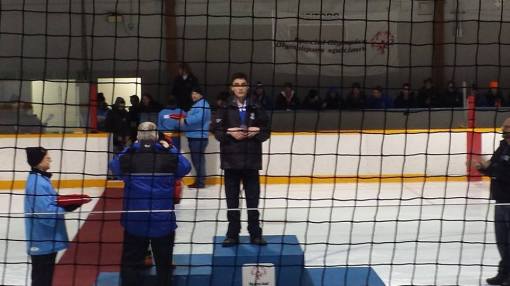 The Special Olympics events are not about competing with a disability or a challenge.  It is about competing in spite of them.  It’s not about competing at an easier level but about competing at your highest level and over the years I have seen athletes in division 4 persist and find themselves competing at a division 3 level the following season, each season inching closer to a more challenging division because when athletes with challenges are encouraged to achieve their personal best, the sky is their limit. The Special Olympics Program is about inclusion, expectations, goals and the freedom to participate at one’s best in a sport (or sports) one loves.  It is about achievement, pride, sportsmanship, freedom and most importantly it is about fun.  The Special Olympics is about teaching anyone willing to learn that given enough patience and time, everyone can achieve greatness and everything is possible when an opportunity is given, when words of encouragement are spoken and when there is enough support. It reminds parents and coaches and volunteers that there is so much good and so much talent and joy in each of these athletes and it makes us dig deeper within ourselves to do right by them by finding the energy  and time and love to give them the training and support they crave.

Our son Adam found his freedom in sport.  It is a release valve for him from all the pressure he must feel when he has to cope with the daily goings-on in his world. It has allowed him to be a part of not only the Special Olympics team but a part of his speed skating club and high school track team. The inclusion and sense of purpose Adam gets from his sports have given him so many positives to draw on in his life. Before he joined the Special Olympics program, I did not know if Adam would find his niche in the world. We never thought he would find his passion and because he plunged into a deeply private, puzzling and exclusive world his father and I didn’t think we would be able to find a life line strong enough to draw him back to us.  Now here we are, proudly watching a young man who used to be such a lost little boy cross numerous finish lines, with incredible times and speed, breaking records and standing on podiums proudly wearing his hard earned medals. What a long, winding road it has been! What a great journey that is going to keep going way past our lifetime as parents. 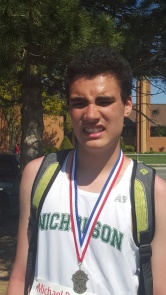 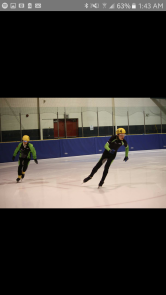 Our boy is FAST and now that he is older, his ability means something to him and I believe he is very proud of himself.  He is okay if he doesn’t win (well, sometimes he’s a little frustrated with himself when he loses) but he certainly understands and appreciates participation as much as he appreciates being on the podium. Adam has represented his club, region, and province in speed skating and for the first time he represented his province in track and field. 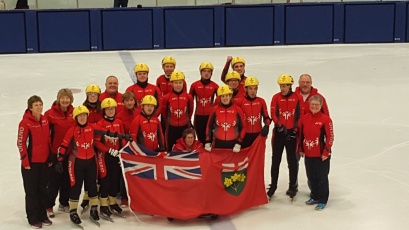 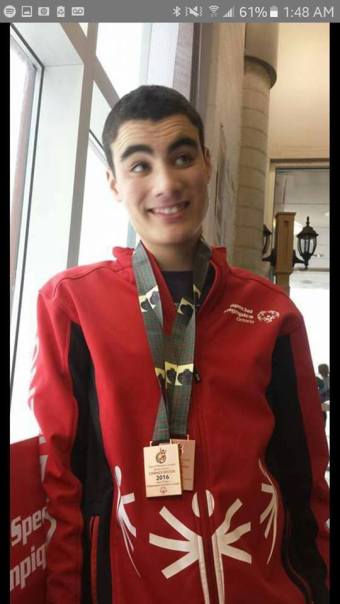 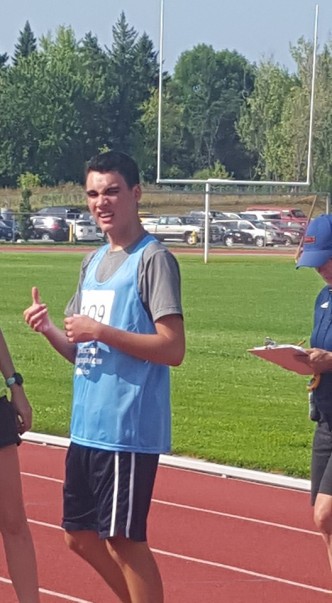 These games are a pleasure to watch.  They are as competitive, fast and exciting as any competitive games that exist and the athletes are well trained and possess the physical attributes to compete.  It is fulfilling to watch people of all ages, sizes, shapes and challenges come together in the spirit of friendship and competition.  There are smiles before, during and after each event as they race before their friends and families who cheer loudly and proudly.  Expectations are high and every effort is applauded.  I have never been to an event more encouraging than a Special Olympics event. I am so grateful for these games for what it has given to my son, his fellow athletes and families like ours. Adam is going to compete for years to come and he is going to experience that joy and accomplishment every time in both the summer and winter games.

To me, the word “special” in Special Olympics does not mean disadvantaged in any way.  It is more of a description of the feeling you get when you attend these games.  There is a warmth and feeling of goodness at the venue and there is an aura of happiness because win or lose, these athletes know they have worked hard, have overcome many challenges and have given their best effort to get to the games and their sense of pride and confidence is so high it creates an infectious feeling of goodness.  I encourage everyone to visit the games when they are in your area and see for yourself why it is so important to keep these games alive year after year. See what the games can do for you.

I’m not the only parent that feels this way. Read more about the effect the Special Olympics has had on the lives of athletes and families worldwide.

See what the games can do for athletes with Intellectual challenges all over the world.

As parents and care givers we have fear.  Can a person we know with an intellectual challenge learn a sport?  Will they have difficult behaviors borne out of frustration during the learning process? Are they coach-able?  There can be so many questions and technically they all originate in fear – our fear.   Then there are parents and caregivers who have given up and honestly, that is understandable. Raising and caring for someone with special needs is exhausting and complicated but wouldn’t it be better for everyone concerned if the person with the challenges has an outlet…has something to look forward to…has something new to learn with goals to set and achieve?  Wouldn’t it be great if they were able to leave the house and travel with their team for a few days?  Wouldn’t it be rewarding for everyone involved to see the person soar?  The answer to all those questions is YES.

Don’t be afraid. Here’s how to get someone with intellectual challenges involved in the Special Olympics.

Thank you Sargent and Eunice Shriver.  You have changed the lives of countless intellectually challenged persons and their families for the better over the years and for years to come. As Adam’s mother, I am thankful you did.